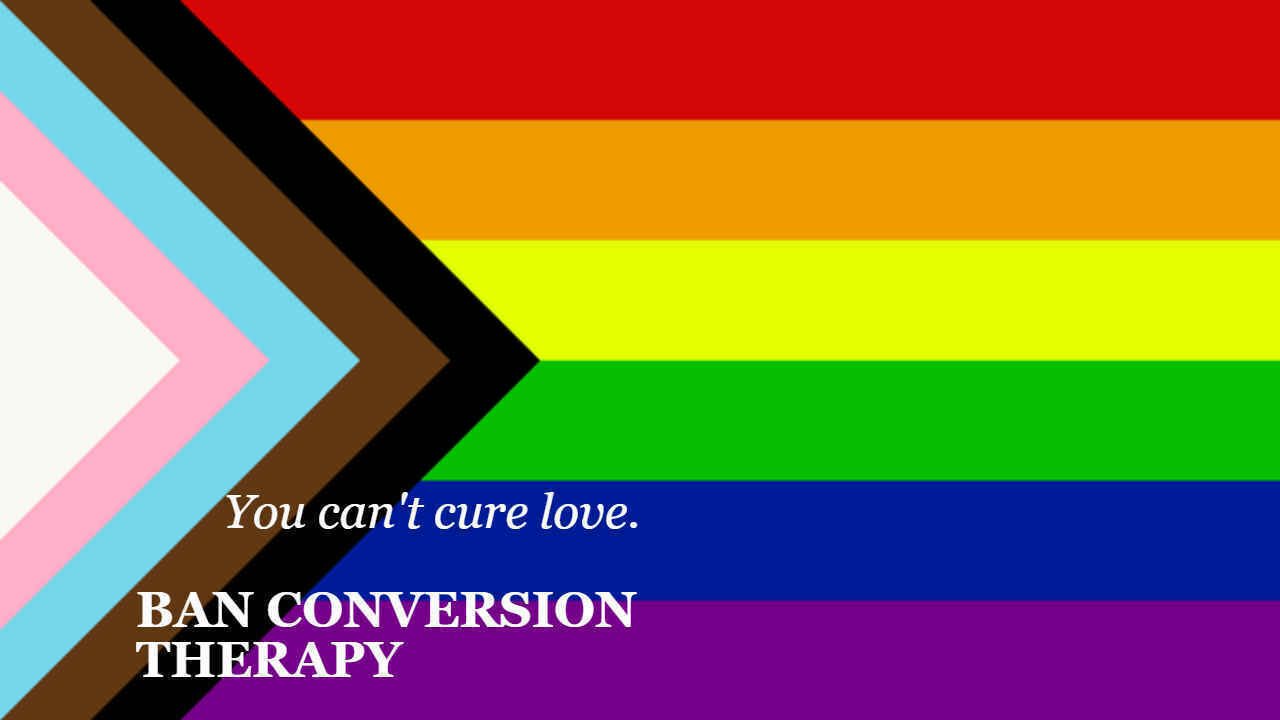 Will you commit to supporting our efforts to fight conversion therapy in Kentucky?

KYLP should never have to turn away a client due to a lack of funds.

When he was sixteen, Curtis's parents learned that he was gay. They were a devoutly religious family, and the news of Curtis's sexual orientation did not sit well with them. Their church denounced LGBTQ+ people and insisted that, given the right kind of therapeutic intervention, a person could be "cured" of their same-sex attractions. Curtis's parents loved him and, operating from a misguided notion that their son was broken and needed to be "fixed," they sought the help of a Licensed Clinical Social Worker named Joseph Williams, who did business under the name Williams Christian Counseling in Mayfield, Kentucky.

The family lived in Illinois, but Williams, whose practice is in southwestern Kentucky, gave them false assurances that if they and Curtis followed his advice, Curtis could be cured of his same-sex attractions and live a "manly" life. He told Curtis's family to isolate Curtis from any of his friends who were supportive of his sexual orientation; confiscate his electronic devices so he couldn't communicate with any support system; and to make Curtis read and study articles that wrongly claimed to have the answers to fixing Curtis's same-sex attractions. Williams told Curtis that his parents were to blame for his need for approval by other men, relying on the debunked theory that a dominant mother and an absent father were the cause of Curtis's same-sex attraction (despite there being no evidence that this was the case in Curtis's family).

As you might imagine, Curtis did not do well in this counseling environment. He went from being a reasonably happy teenager to the depths of depression and anxiety. Fortunately, while he did think about suicide and running away from home, he didn't follow through with those urges. After several months of driving two and a half hours -- one way -- at least once a week, and paying Williams several thousand dollars, Curtis's parents realized that instead of getting better, Curtis was spiraling down. They feared for his safety, so they pulled him out of Williams's clutches.

This experience has affected Curtis in ways both big and small. Curtis has been diagnosed with post-traumatic stress disorder arising from the conversion "therapy." He continues to struggle with his feelings of betrayal and mistrust toward his parents.

Williams, on the other hand, has continued to practice conversion therapy on patients he sees in his private practice, and we believe that his involvement with counseling victims of sexual abuse gives him opportunities to exploit other LGBTQ+ youth and their families. So he keeps on exploiting the fears and ignorance of misguided parents, making hundreds, if not thousands of dollars off of their mistaken desire to “cure” their child.

That is why the Kentucky Youth Law Project filed a complaint with the Kentucky Board of Social Work asking that these allegations be investigated by the KBSW and appropriate action be taken to ensure that Williams’s ability to damage other LGBTQ+ youth with these dangerous efforts to change a person's sexual orientation or gender identity is curtailed.

Whenever there is a client assigned to a KYLP attorney, I have to consider what the costs of taking the case will be. In most cases, there will be costs to photocopy case files and legal documents, costs for researching legal issues, costs of travel, meals, and occasional overnight accommodations if the case requires the attorney to meet with our client, or attend a court hearing in a remote location. In some cases, there are also the costs of filing a lawsuit on behalf of our client, the costs of serving the defendants, the costs of investigating and deposing witnesses, the costs of hiring expert witnesses, and the costs of purchasing transcripts of the depositions and court proceedings. All of these costs can mount up over the course of litigation.

KYLP attorneys never charge our clients a fee for our services. Our clients frequently believe that they have no access to the courts to resolve their issues and access is almost always determined by how much money it costs. LGBTQ+ children and youth believe that they don't have access to justice, not only because they don't have money to hire a lawyer, but they frequently don't know that KYLP will represent them for free.

That's why we have established a litigation fund that will be used, in part, to pay the costs associated with taking down conversion therapists, like Williams, and protect our clients. We strongly feel that we should never have to turn away young clients in need of legal services because of a lack of funds.

Please consider becoming a Litigation Fund Sponsor. Your donation is tax-deductible, and your gift will be used 100% for representing our clients.